If you are a true automotive enthusiast, you may sometimes look longingly at some of the vehicles that are offered in overseas markets and wish that you were able to drive one of these on the roads in Australia. If this is the case, things are about to change in your favour, as the government is introducing changes to legislation to allow you to import some of those special or classic cars. What do you need to know about this situation?

A couple of years ago, the Australian government announced that they would make changes to the Motor Vehicle Standards Act of 1989, to make it easier for buyers to import certain vehicles into the country and to reduce a lot of regulatory costs from the marketplace. This means that an individual consumer can import a car (or a motorcycle) once every two years, so long as the vehicle is from a country that has comparable safety standards and subject to certain conditions.

While the majority of vehicles used in this country are imported anyway, they're almost all brought in directly by manufacturers and dealer networks and this new legislation gives more choice to the consumer.

What Does This Mean?

In particular, this means that vehicles from the United Kingdom and Japan, which are two of the countries that have right-hand drive models, can be chosen and this opens up the market for some of the higher performance and unusual cars produced by the Japanese manufacturers. The government will also revise the register that is meant to keep an eye on specialist and enthusiast vehicles, to give more freedom to people to import non-standard vehicles, that could be used in racing and rallying, for example.

Also, the special duty that was imposed on imported used vehicles will be removed, which will help to cut down on the costs involved in their importation.

Fundamentally, the government intends these new laws to bring Australia more into line with international vehicle standards and regulations, especially at a time when the domestic manufacturing industry has all but disappeared and consumers are calling for a change.

As it appears that more rule relaxation is in the pipeline, it's definitely a good time to consider importing a car. However, with competition in the marketplace increasing, it's also worth talking with main dealers about their stock of import cars on the forecourt. 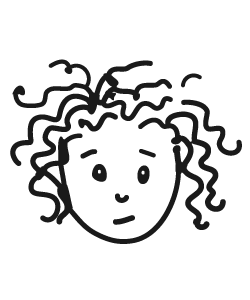